While sleep disorders can occur due to a sudden change in life, keeping a regulated set of habits can help maintain an optimal sleeping habits.

The American Sleep Disorders Association released the initial classification scheme for sleep disorders in 1979. In today’s time, over 100 sleeping disorders have been recognized and categorized. Among them, a very are immensely common.

The inability to fall asleep or stay asleep is referred to as insomnia. Jet lag, stress, anxiety, hormones, or digestive issues are some of the possible causes. It might also be a sign of another ailment.

Insomnia points to multiple symptoms such as:

It can lead to more complex situations like depression, weight gain, inability to function, can affect work or school life, and irritability.

﻿According to a report published by Neurology India, about 9% of the Indian population suffers from insomnia, while about 30% suffer from occasional insomnia.

This also brings up the existence of two types of insomnia – short-term (acute or adjustment insomnia) and long-term (chronic insomnia).

Acute or short-term insomnia is caused by a sudden, temporary change in life, like job pressure, the death of a loved one, a shift to a new place, or environmental issues like excessive noise, light, etc. This type can last from a night to a few weeks.

However, it is long-term or chronic insomnia if it continues for at least three times a week, a month, or longer. This can result from underlying issues.

﻿like depression, discomfort, pain, or chronic illness. Another common aspect that keeps people up at night is the conditioned emotional response, where the thought of not falling asleep keeps you awake.

Breathing pauses while sleeping is a defining feature of sleep apnea. The body absorbs less oxygen as a result of this significant medical issue. You might wake up in the middle of the night as a result. People with untreated sleep apnea repeatedly cease breathing while they are asleep. There are two types of sleep apnea Obstructive Sleep Apnea (OSA) and Central Sleep Apnea (CSA).

﻿Of the two, obstructive sleep apnea (OSA) is more prevalent. It results from an airway obstruction, typically brought by the soft tissue in the back of the throat collapsing while you sleep. Snoring, daytime sleepiness, weariness, restlessness during sleep, gasping for air while sleeping, and difficulty concentrating are all potential OSA symptoms.

﻿Although the airway is not obstructed in central sleep apnea (CSA), the brain fails to instruct the body to breathe. Because it affects how the central nervous system operates, this form is known as central apnea. People with CSA may gasp for oxygen, although they typically complain of frequent night-time awakenings.

A group of sleep disorders known as parasomnias induces strange movements and actions while you sleep. Before, during, or after waking up from sleep, parasomnias can occur:

A neurological sleep regulation condition called narcolepsy disrupts the ability to control sleep and alertness. This sudden sleep attack occurs while awake and can suddenly cause you to fall asleep. Excessive daytime sleepiness and sporadic, uncontrollable episodes of daytime sleepiness are symptoms of narcolepsy.

These ﻿unexpected sleep bouts can happen at any time of day and during any type of activity. Some narcolepsy sufferers describe a sudden onset of muscle weakness accompanied by laughter or other emotions.

The onset of narcolepsy typically occurs between the ages of 15 and 25, though it can happen at any age. Narcolepsy is frequently undetected and, thus, mistreated.

RLS is a sleep disorder results in that an acute, frequently uncontrollable urge to move the legs.

Such experiences can occur while resting, like lying in bed, sitting for a long time, driving, and so on. RLS frequently manifests during sleep time, making it challenging to get and stay asleep. It may be related to problems with daytime tiredness, irritability, and concentration. People suffering from RLS frequently want to move around and shake their legs to ease the painful feeling.

What are the psychological effects of sleep deprivation?

Sleep loss can cause confusion, exhaustion, and a lack of energy. It can also worsen pre-existing mood disorders like depression, anxiety, and aggression. Your brain becomes weary from lack of sleep, making it less capable of carrying out its tasks. Additionally, it might be more challenging for you to focus or pick up new information. Your body’s signals may also be delayed, making it harder for you to maintain coordination and raising your risk of accidents.

Which gender is most affected?

According to research, females are more affected by sleep disorders than males. This also results in less concentration stemming from tiredness or sleepiness.

When should I consult a physician?

It’s best to consult a physician if your daily activities are being affected due to a lack of sleep. If changes in behavioral patterns are not showing any improvement, it’s time to visit a doctor.

Which foods should I eat for better sleep?

Researchers, sleep experts, and nutritionists have often explored the idea of food enabling better sleep. While the studies are not conclusive, they do, at times, help with falling asleep. Kiwi, almonds, chamomile tea, tart cherry juice, and dairy products can aid you in sleeping better. 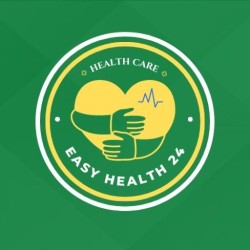 If you are looking for authentic information on Health, EasyHealth24 Health Blog is your go-to-destination. Get the latest healthcare updates and articles from EasyHealth24.